England require only a point from their final qualifier in San Marino to confirm their place at the 2022 World Cup in Qatar after thrashing Albania at Wembley.

Harry Kane led the romp with a first-half hat-trick as England made light work of an Albania side expected to provide stiff opposition after a very respectable qualifying campaign.

England were five goals ahead and out of sight by half-time, Harry Maguire setting them on their way with a ninth-minute header from Reece James’ free-kick, Kane quickly adding a second at the far post from Jordan Henderson’s cross.

Henderson scored the third himself after a slick exchange with Kane before England’s captain added two more before the break with a shot from an angle and a stunning scissors kick from Phil Foden’s corner.

Kane is now level with Jimmy Greaves on 44 England goals and has scored 39 competitive goals for his country, breaking Wayne Rooney’s record of 37.

Gareth Southgate’s decision to use two holding midfielders in Henderson and Kalvin Phillips raised some eyebrows but the system was the same one used when they beat Germany in Euro 2020, as well as in the losing final against Italy, and worked positively and efficiently.

Southgate was determined to get England on the front foot, using James and Ben Chilwell as attacking wing-backs with Henderson showing a particular willingness to get forward.

After a combative opening and a scare when keeper Jordan Pickford saved brilliantly from Myrto Uzuni after Kyle Walker played the ball into his path at 1-0, England overwhelmed Albania with wave after wave of attacks.

Once that moment of anxiety passed it was one-way traffic with England in complete control and the Albanians being run ragged at the back.

Kane was back to his brilliant best as he scored three and could easily have doubled that tally while Raheem Sterling also looked sharp as England did all their goalscoring in the first 45 minutes.

Maguire celebrated his goal with a fingers in the ears celebration which may have been directed at critics of his recent performances for Manchester United – although it will take more than a goal against Albania to erase the memories of those humbling Old Trafford defeats against Liverpool and Manchester City.

England’s supremacy enabled Southgate to give a debut to Arsenal’s talented Emile Smith Rowe as the game was played out to a low-key conclusion.

This was a comfortable night for England against mediocre opposition but Albania have performed well in this group so Southgate and his players deserve credit for their positive approach and the ruthless manner in which they got this job done, and indeed the way they have negotiated the qualifying campaign.

It is a group which always looked favourable and now all England have to do is complete the formalities against San Marino on Monday before they can begin the serious preparations for Qatar next year.

‘We’ve had an edge all week’ – what they said

«I felt we did all the things we’d talked about after the last game. We pressed really well which made life so uncomfortable for the opposition, our movement was good. Harry [Kane] gave a fantastic centre-forward’s performance.

«Any team is at their best when they have an edge and I felt we had that edge all week. We wanted to respond to a performance that was unusually poor for us. We were very clear in identifying why. I felt all the players in the squad responded to that really well.

«We are in a really good position now and now owe it to our supporters to travel to San Marino and finish the group off.» 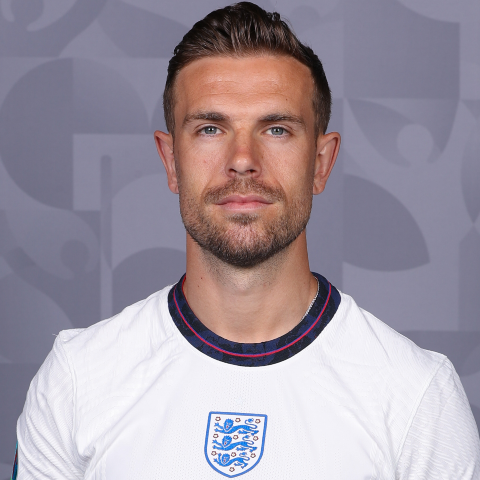